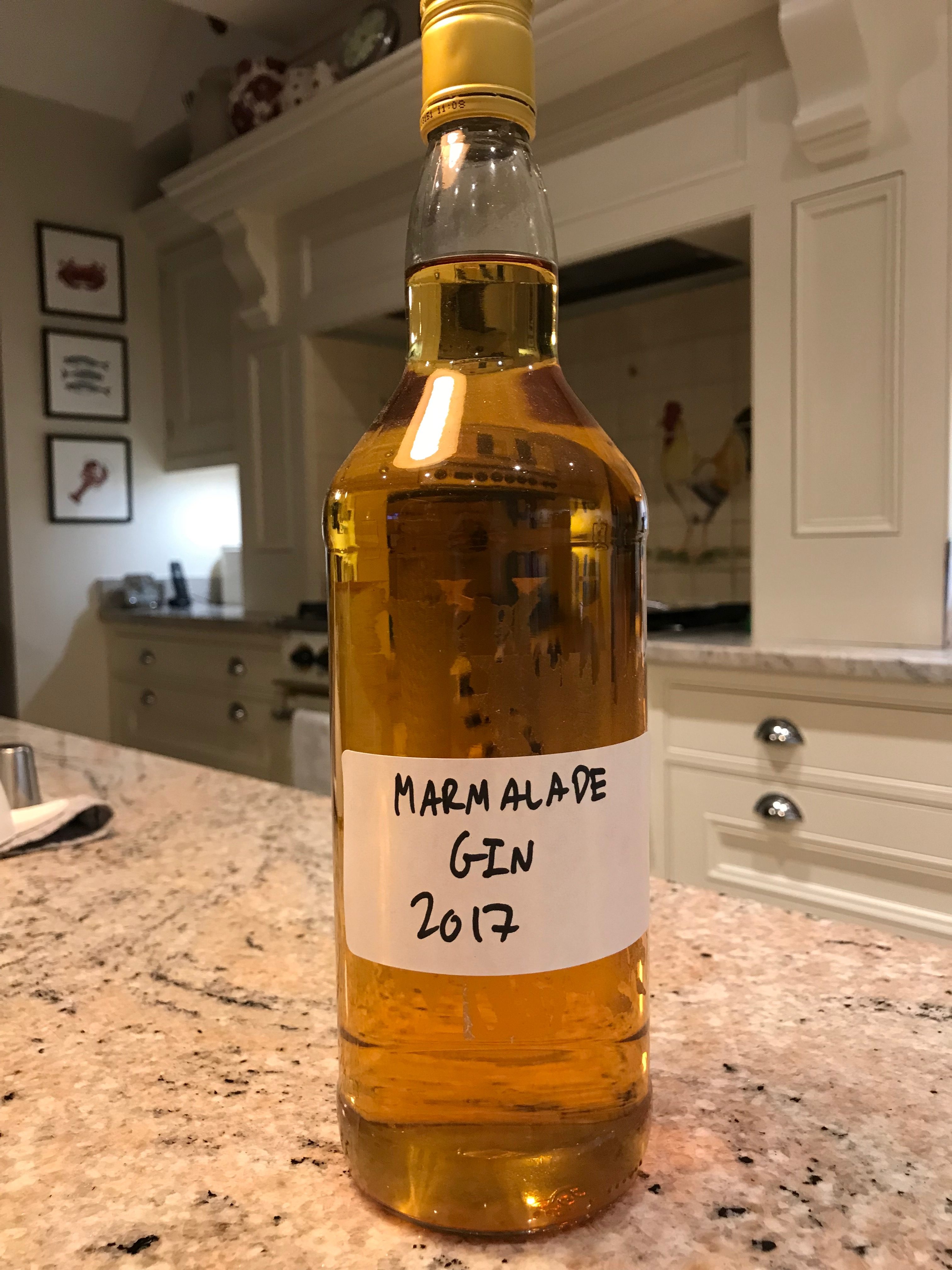 Recipe for marmalade gin. It should be perfect for cold winter mornings.

Here are the ingredients: 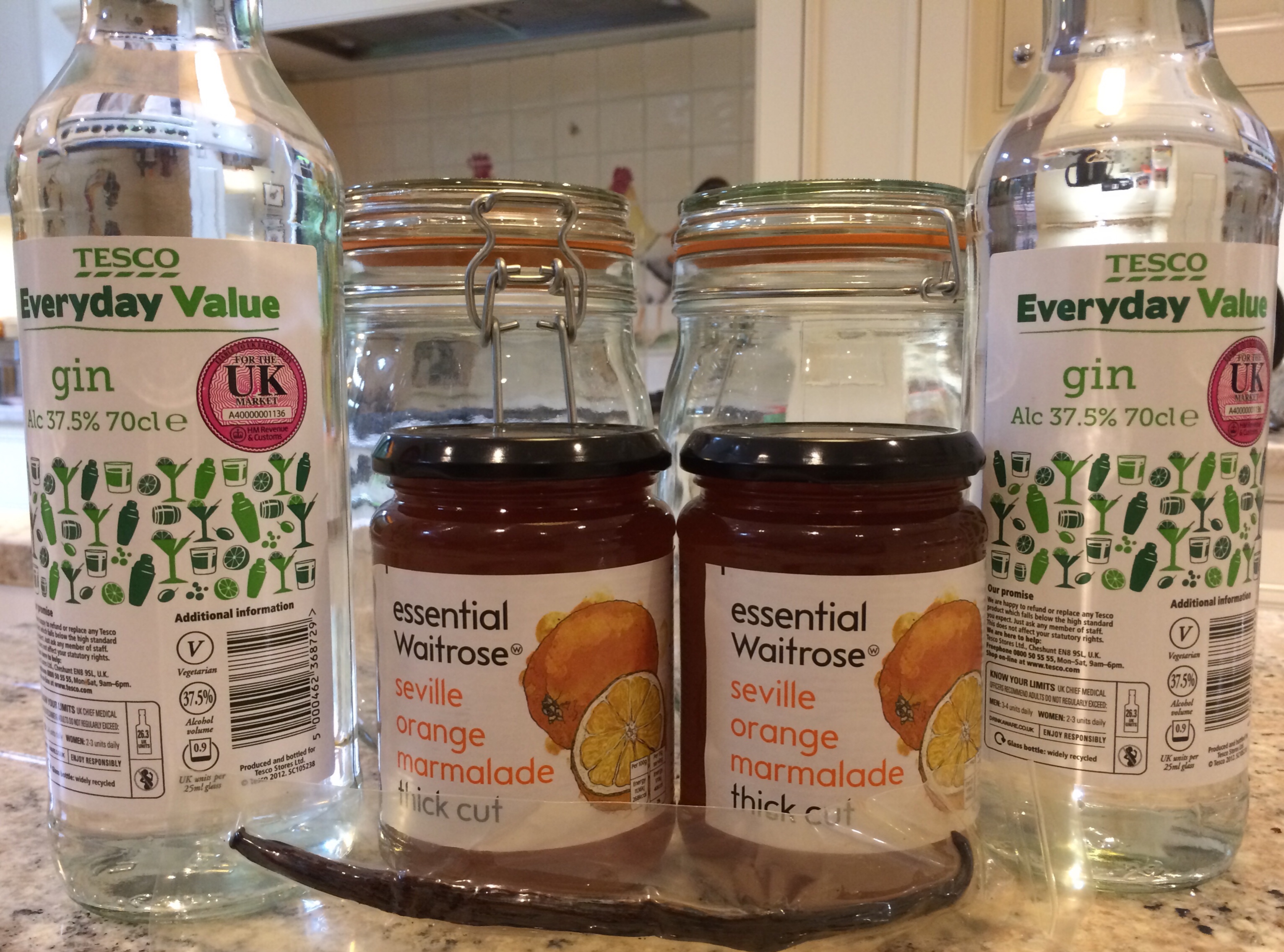 Warm each jar of marmalade. This will make it easier to get the marmalade out.

I am hoping that the sugar in the marmalade will be sufficient and that I don’t need to add any additional sugar. 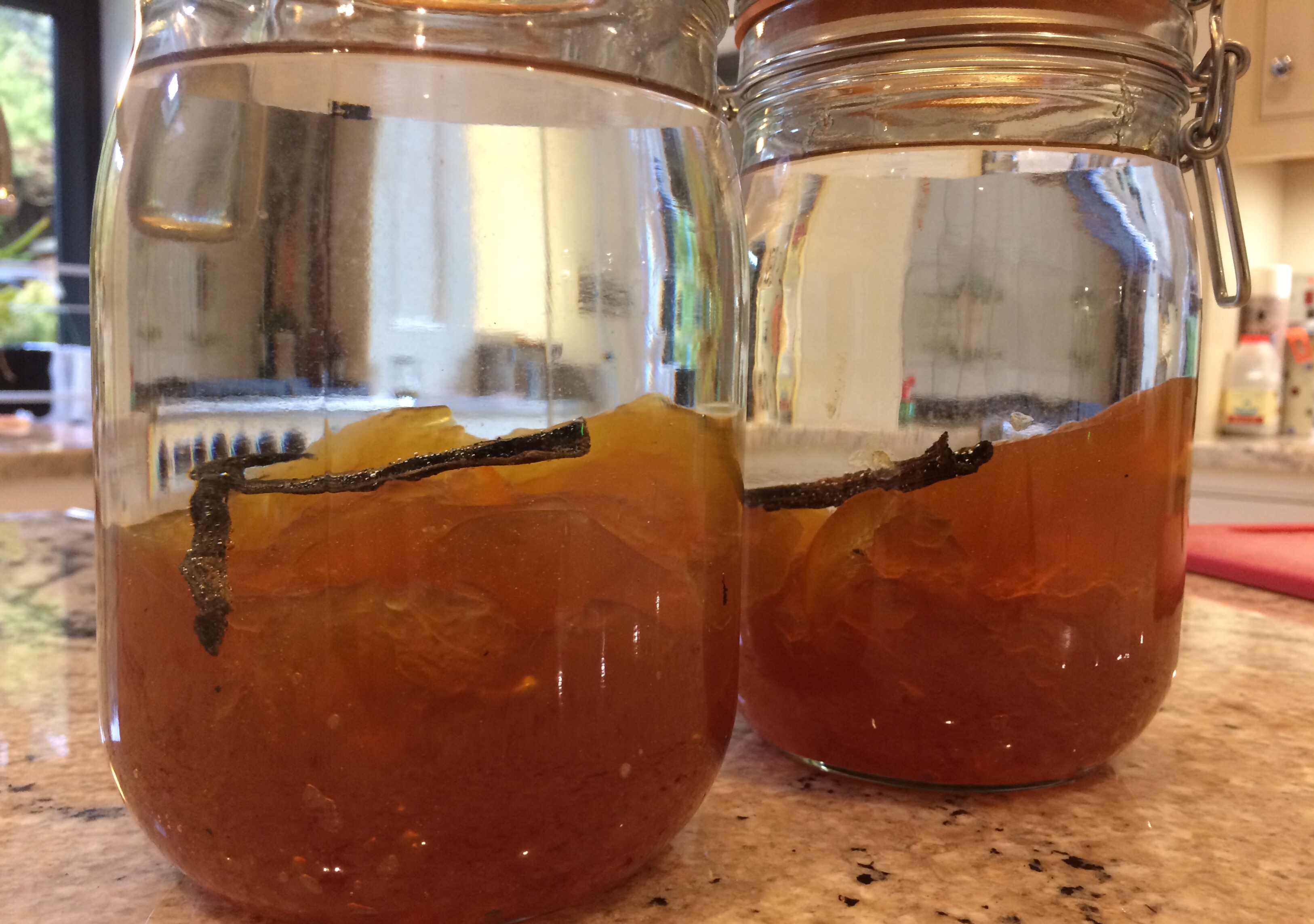 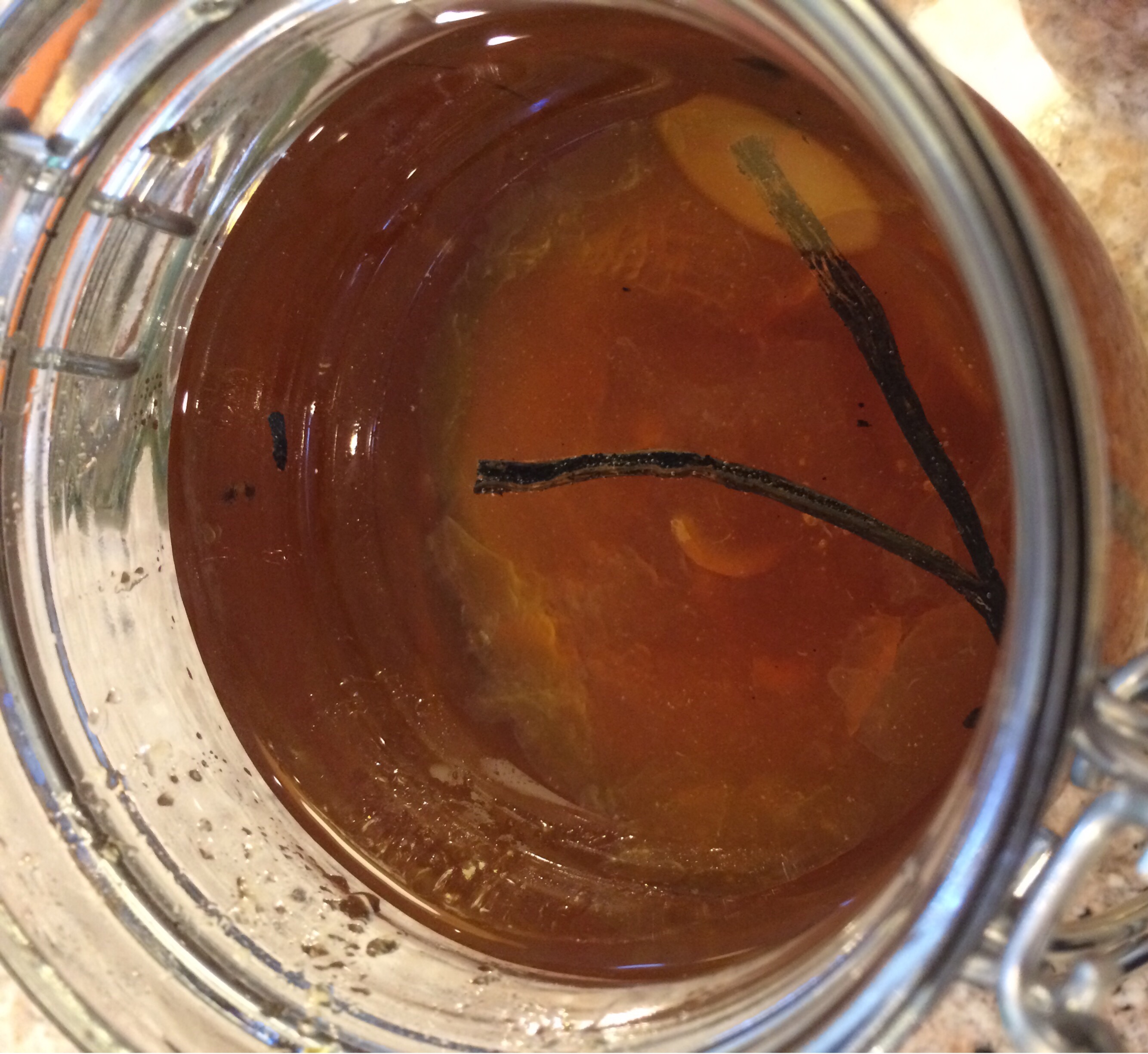 Seal the jar and gently shake until all the contents are mixed. Put the jars in a cool dark place.

My plan is to now shake the marmalade gin in the same way as if I were making sloe gin. This means:
– shake each day for a week
– shake each week for a month
– shake each month for a year

The gin in the top of each jar has turned the colour of marmalade. However, there’s still a significant amount of undissolved marmalade so I’ve topped up with some fresh gin. 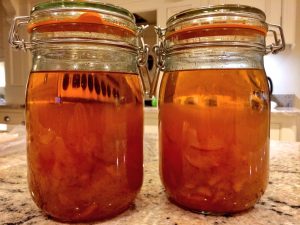 The gin has been filtered three times (sieve, then muslin, then a coffee filter) and this is the result: 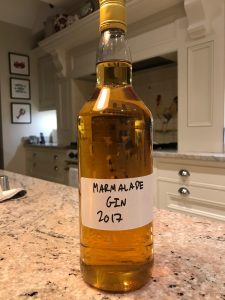 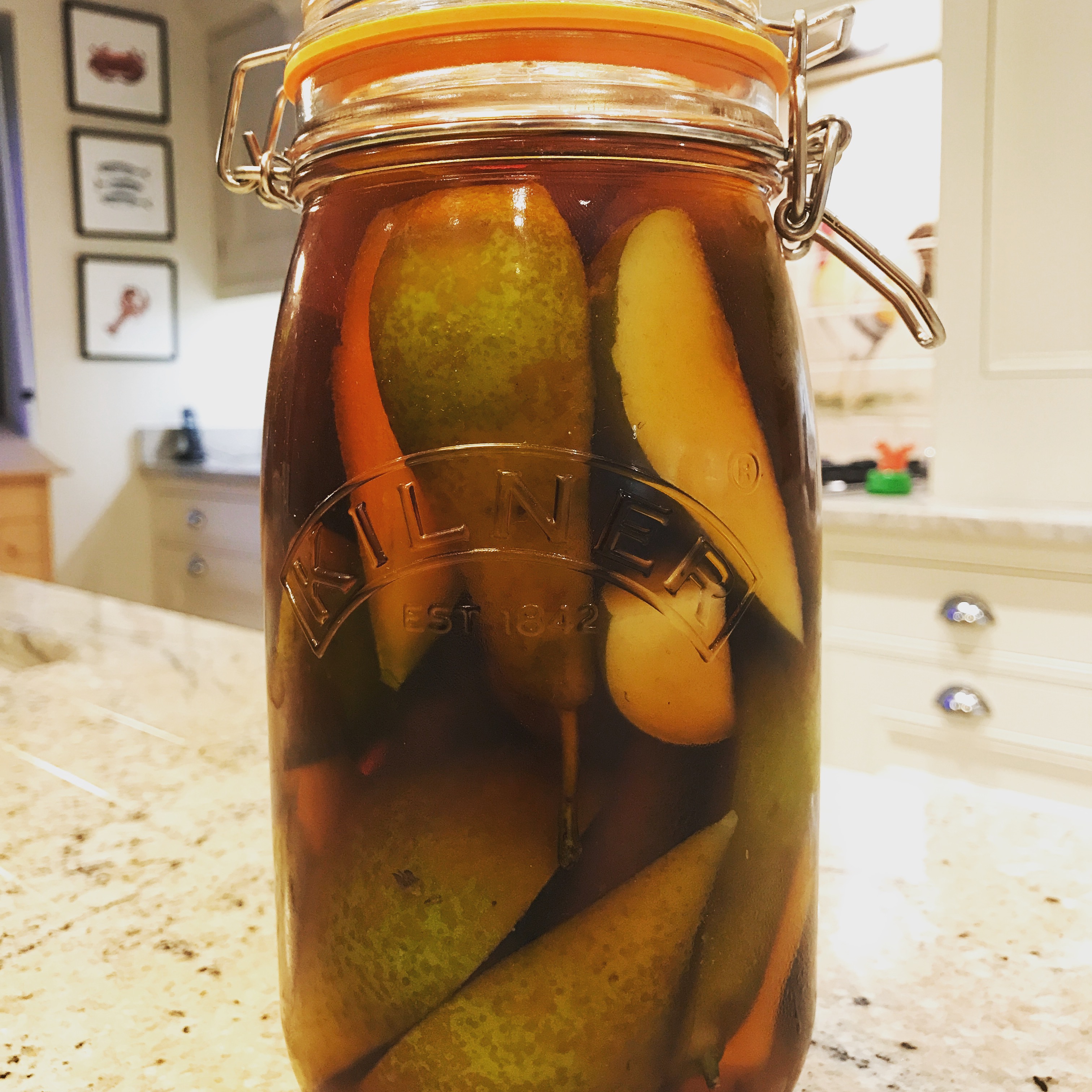