Wednesday 20 May 2020 was an odd morning. I woke early, couldn’t get back to sleep, and just after 5am I decided to take the dogs for a early walk. The lockdown means that I am not commuting into London and so I can enjoy a longer walk before starting work.

It was a bright morning with sunshine and almost cloudless skies. I took the big camera with me. I set off on my usual route that takes a public footpath through open fields up to a nearby farm. I then usually stop to admire the view across the valley, and this morning was no different. It was a beautiful morning. The absence of air traffic means that I can hear the dawn chorus, and also hear the cattle and sheep on the other side of the valley.

My usual routine is to turn around and retrace my steps. However, as I had started the walk early, and it wasn’t yet 5.30am, and I didn’t need to start work until about 7am I decided to take a different path home  through some woods. The paths in these woods are well used, and sadly they get churned up by cyclists in the winter. Early in the morning, however, they are quiet and peaceful, and there’s only the occasional sound of a muntjac barking.

I turned onto a wider path. Somehow the arrangement of the trees over the path reminds of a Parisian boulevard. I glanced to my left and saw the shadowy outline of a big roe buck about 40 metres (120 feet in old money) away. I knelt down and got the camera out. He was watching me with the dogs. Here’s how he looked when I first saw him: 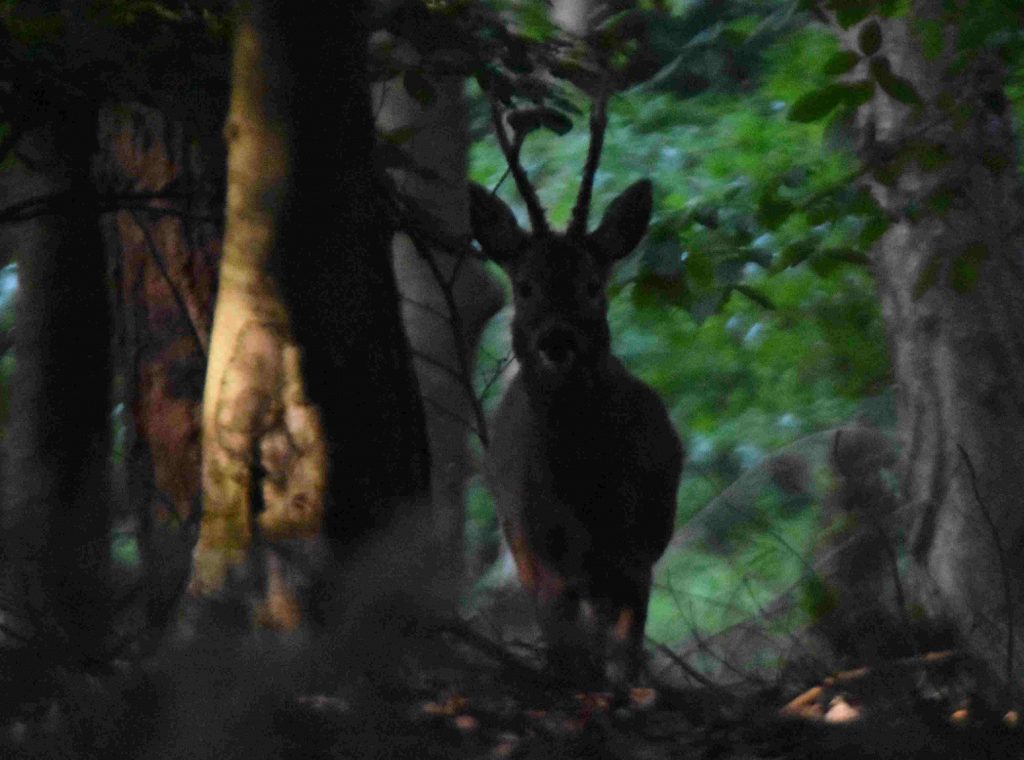 I wanted him to move forward into a patch of sunlight where I could take a better photo. I gave a few squeaks on the Buttolo. It made no difference. He stood still. I waited a few minutes, and again squeaked the Buttolo. Again he did nothing. Then he lay down, and continued to watch me. 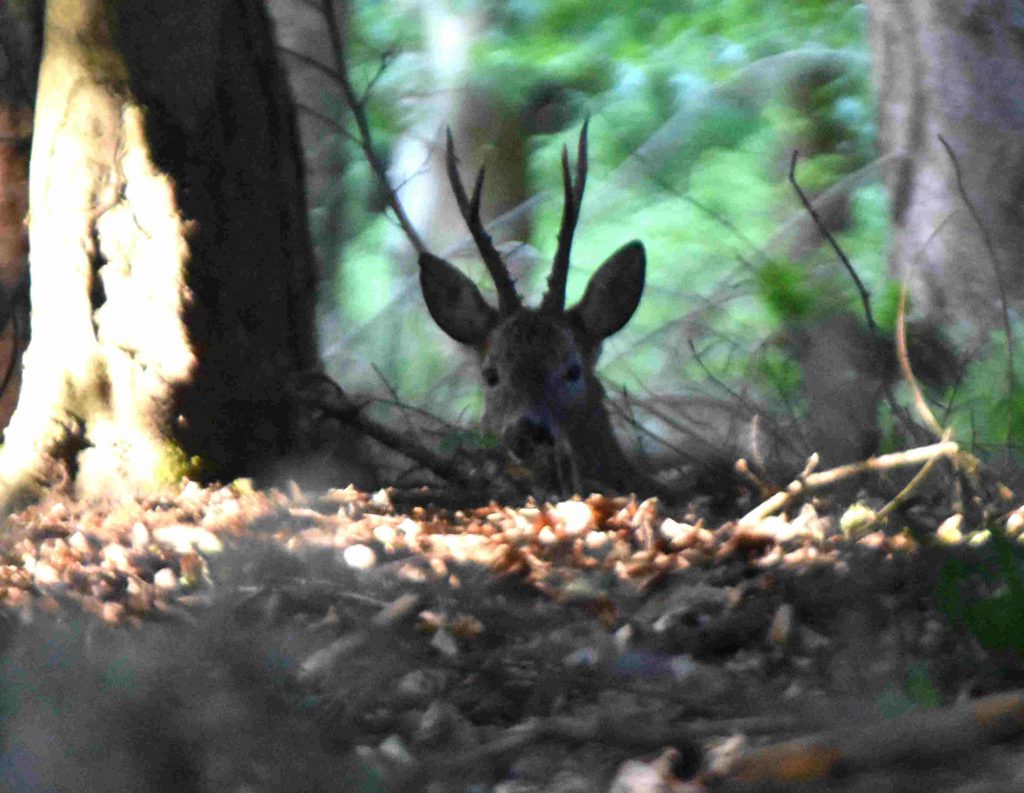 I squeaked the Buttolo again. The buck didn’t move.

Suddenly two does jumped out of the undergrowth to my right. One skipped away into the distance. The other crossed the path in front of me.

Another couple of squeaks and she walked towards me, and then stopped and looked at me with the dogs. 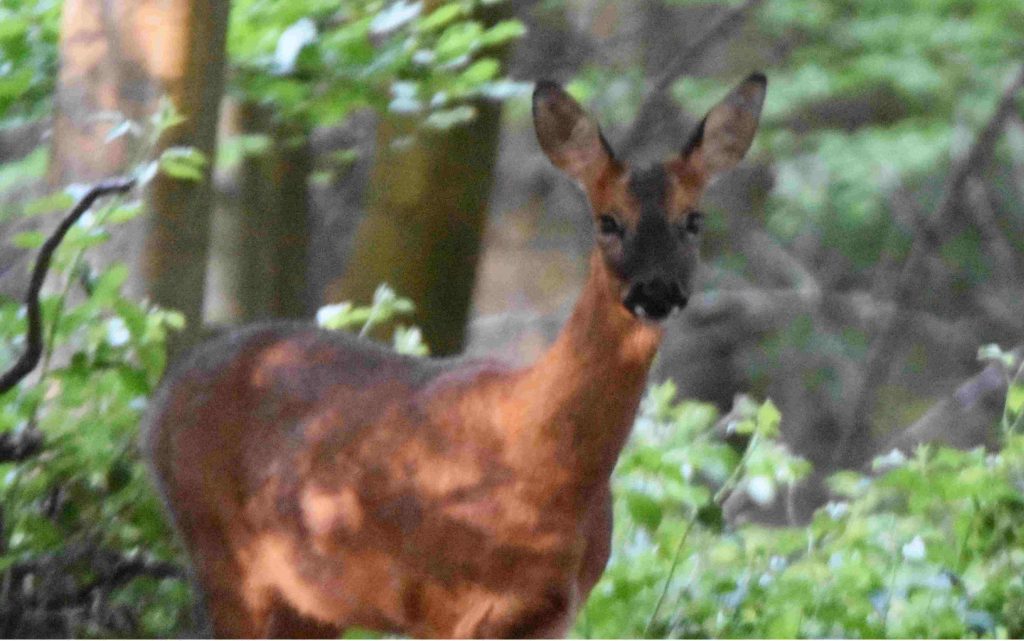 She then walked on, and stopped. She looked again at me. She was now about 20 metres away. She didn’t seem bothered by the dogs. To their credit, they were uncharacteristically calm and were sitting down. She didn’t seem to notice the buck who was watching all that was going on. Her coat is predominantly brown with some grey – the brown is her summer coat, and the grey is the last remnants of her winter coat. 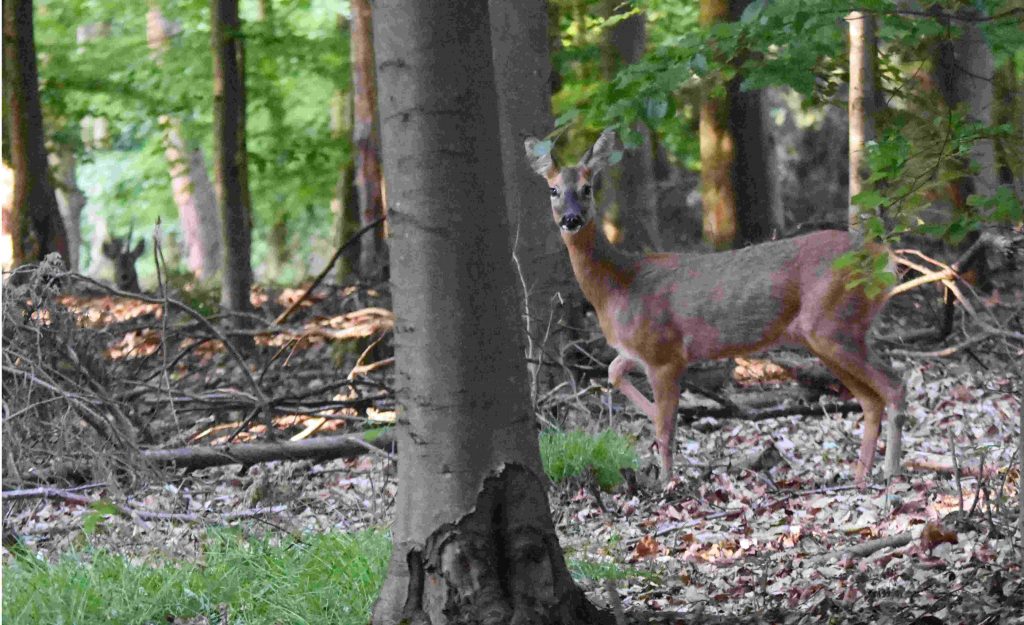 The doe put her head down and starting eating. She looked up, saw the dogs again, and went back to eating. She then moved on, coming closer and closer, and very helpfully positioned positioned herself in a patch of sunlight in front of the buck. She and the buck were staring at us. 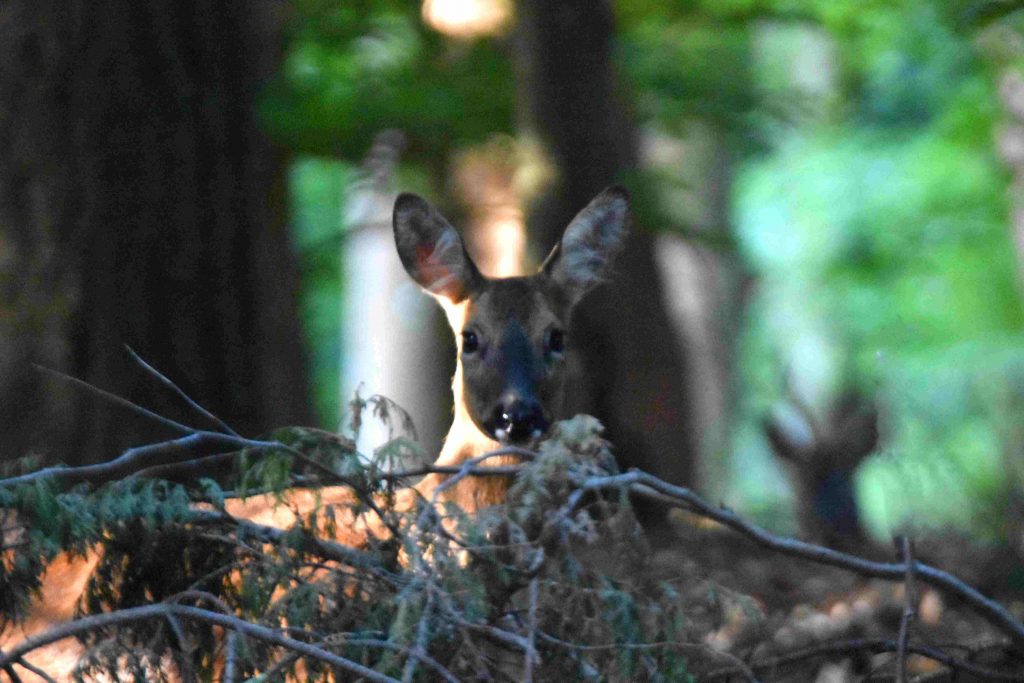 I could sense the dogs’ patience wouldn’t last much longer so stood up and set off for home, with the roe and the buck continuing to watch us. 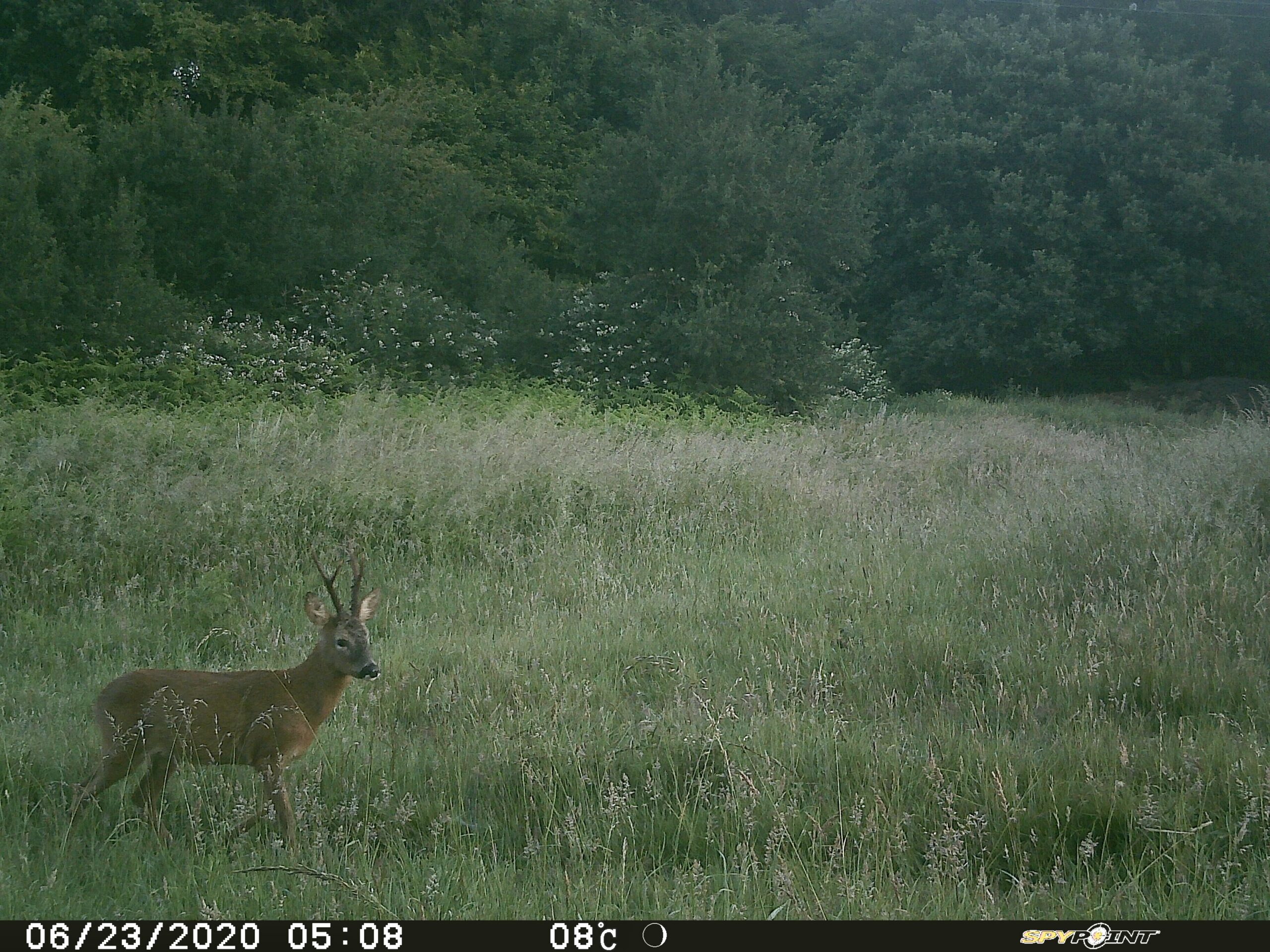 Roe buck in the camera trap